Serenity Village Community Church is a non-denominational, Christ-centered church. SVCC opened its doors in December of 2012 with passion and excitement to reach God’s lost and wandering children, and show them the way to a new life. The foundation of SVCC was laid through the ministry of Serenity Homes, which began in 2004 when Jeff Hill was given the vision to open the first Serenity recovery home. He began teaching a Tuesday night bible study for people in recovery, with the goal to assist those struggling with addiction and guide them to a new, Christ-centered life. 8 years later in January of 2012, Pastor Jeff’s spiritual father recognized that the powerful message being delivered each Tuesday evening was meant to be more far-reaching, and so Serenity Village Community Church came to life.

Love God, love His people just as they are, and teach others to do the same.

Be the church, grow leaders and true Jesus-followers and send them out into the community, the nation, and around the world.

We value the Word of God, and teach others to hear the word, speak the word, and be doers of the word through obedience, prayer, and worship. 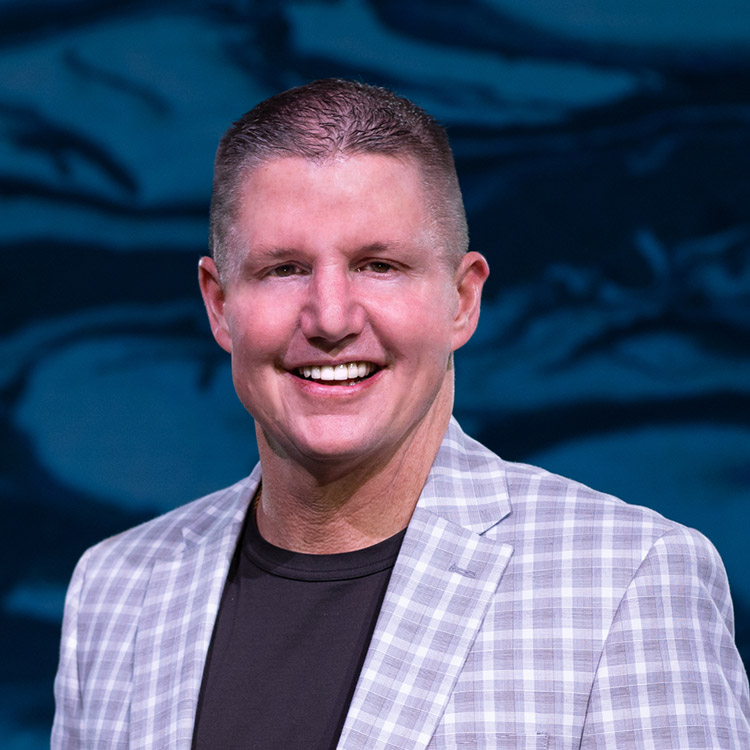 Pastor Jeff Hill is the founder and lead pastor of Serenity Village Community Church, based in Crystal, MN. He is a dynamic leader and powerful speaker who is passionate for Christ and for Christ’s people. Pastor Jeff made a choice years ago that altered the direction of his life; that decision was to surrender his life completely to God.

In 2004, he was given the vision to create a faith-based transitional housing platform for those recovering from drug and alcohol addiction. Starting with one house and six men, Serenity Homes was established. Today, Serenity Homes has grown to a 100-bed program for men and women that has changed the lives of over 1,000 individuals.

With the foundation of the housing ministry already in place, in 2012 Pastor Jeff launched Serenity Village Community Church (SVCC). It began as an idea that was sparked by his pastors, and birthed in a living room. The message of the church is simple: to love God’s children just as they are, to use practical biblical teachings to build up the church, and train up strong leaders who will reach the lost and teach others to do the same.

Prior to entering ministry, Pastor Jeff graduated from Bethel University with a degree in Marketing & Finance and began his career as a successful entrepreneur. With this background and the blessing of owning a business, he is able to employ residents of Serenity Homes who may otherwise have difficulty finding jobs due to their past. These jobs help them find purpose, and live a clean, God-centered life. 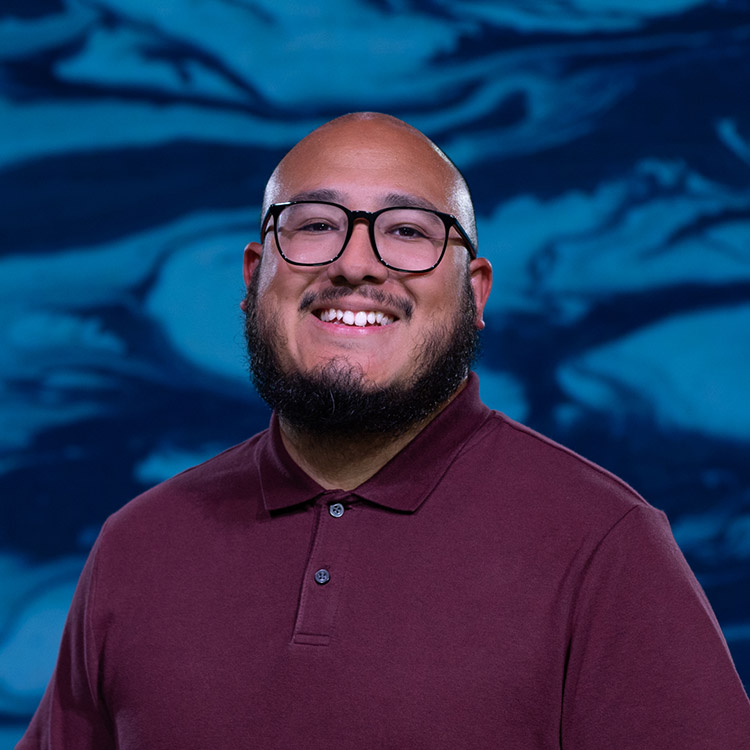 Danny grew up in Chicago, IL and moved to Minneapolis in 2007, where he attended North Central University. It was at North Central where he met his wife, Crystal. Danny graduated in 2012 with a degree in Music Education.

His passion for the future generation extends to all age groups, from Pre-K to High School students. He has served as a School Age Care Director in the YMCA, and as an Administrator at a local high school. Danny was ordained Youth Pastor of SVCC in June of 2017.

He and Crystal share a heart to equip the future generation with the wisdom, knowledge and principles of a faith-filled life by teaching them about God and His unconditional love. 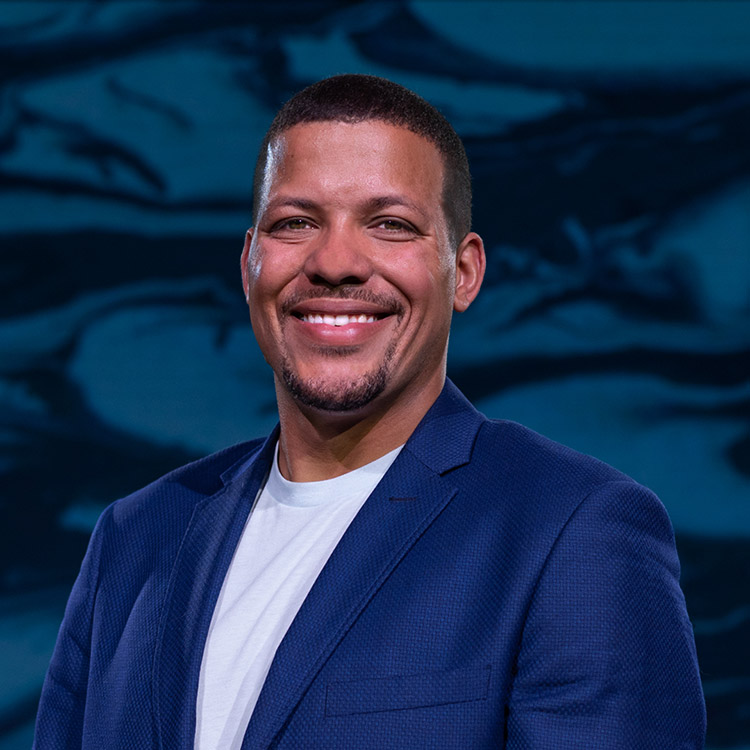 Brendan very distinctly remembers accepting Christ into his heart at the age of 6. Ever since that young age, he has been called to a life of service. Being involved in church and working various jobs throughout his life, he has gained expertise in many fields.

After graduating from Louisiana Tech University in 2009, Brendan was called to serve as a Peace Officer for the Arlington Police Department. He was also a member of the Honor Guard Unit and served as the VP of the Arlington Police Association as well as on the Board of Directors. Still always very active in his and other churches, he was the Director of Security for Word of Truth Family Church, and was a supervisor, instructor, and Executive Protection Officer at Hairston Global Protective Services,where he trained and consulted churches with congregations of 100 to 50,000 on safety, security, and operations.

Brendan brings a vision of growth, order, and expertise to the staff, as well as a heart to serve people.

God called him and his beautiful wife Jaalisa and their 5 children to Crystal, Minnesota, to be a part of SVCC in August 2017. 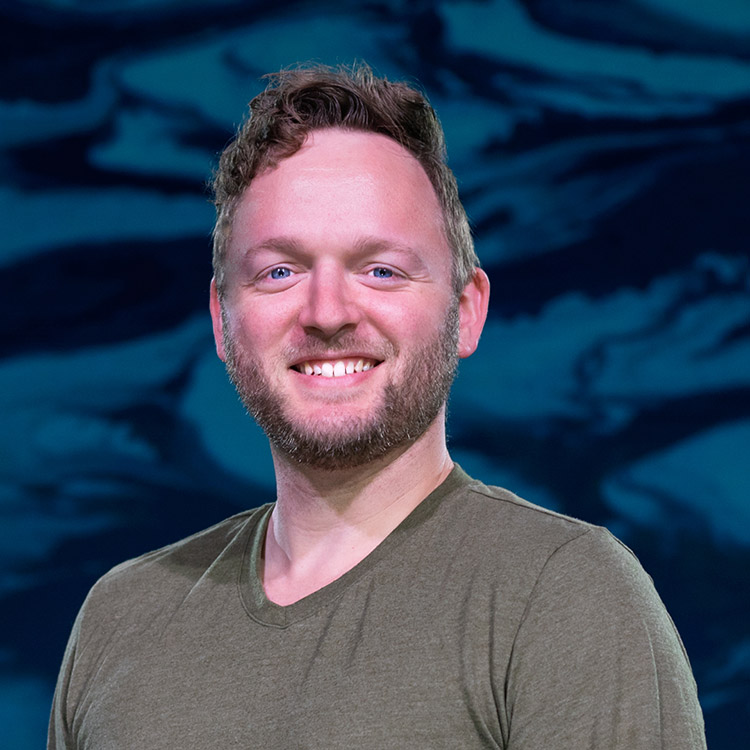 Jayson Webster was raised in a Christian family & church in Minnesota. In his early 20s there came a point of realization that the vast majority of Christians (including himself at the time) factually recognized God to be a relational and loving being, however, the reality of their relationship was somehow distant and unstable. To truly know that God is a loving & strong Father, and that believers are genuinely sons & daughters of the Father completely changed his perspective.

His primary focuses are teaching, mentoring, and the influence of music. Jayson received his degree in Music Business & Biblical Studies in 2010. He and his wife Ellen have four wonderful children. 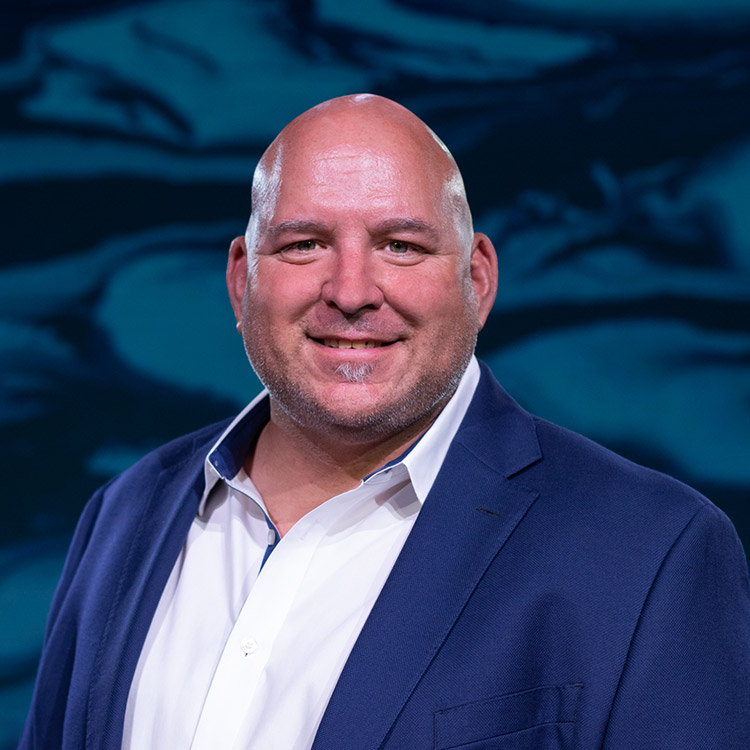 Pastor Scott was born and raised in north Minneapolis. He lived in Kansas City, Missouri for 5 years where he attended Master’s Commission Discipleship Program. Over the past 24 years, he has been pastored and mentored by Pastor Lloyd Rindels of New Day Church in Kansas City, Missouri, BIll Bauske, former Director of Metro Hope Ministries and Pastor Jeff Hill, founder of Serenity Village Recovery Homes and Serenity VIllage Community Church. Pastor Scott has worked for Metro Hope Ministries for the past 11 years. He is now the Director of the men’s recovery program at New Hope Center where he has a heart for the lost and loves serving people and watching the transforming power of the Lord work in their life. Today he is married to Penny and has two beautiful daughters and one grandson. 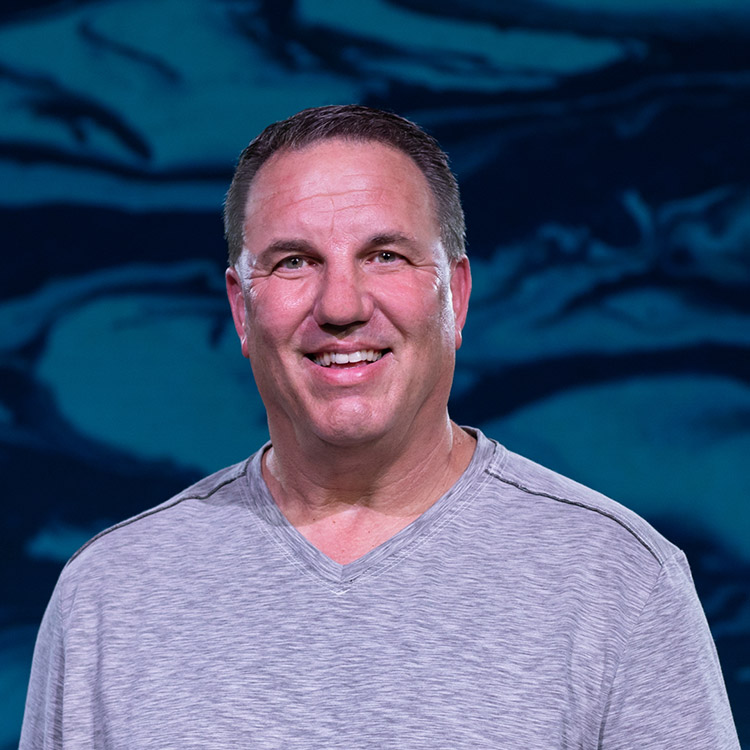 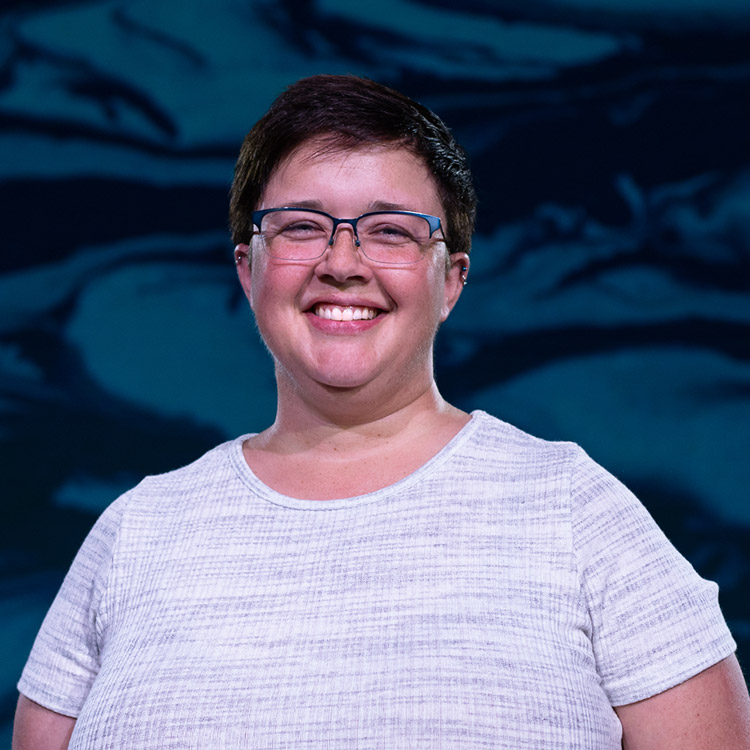 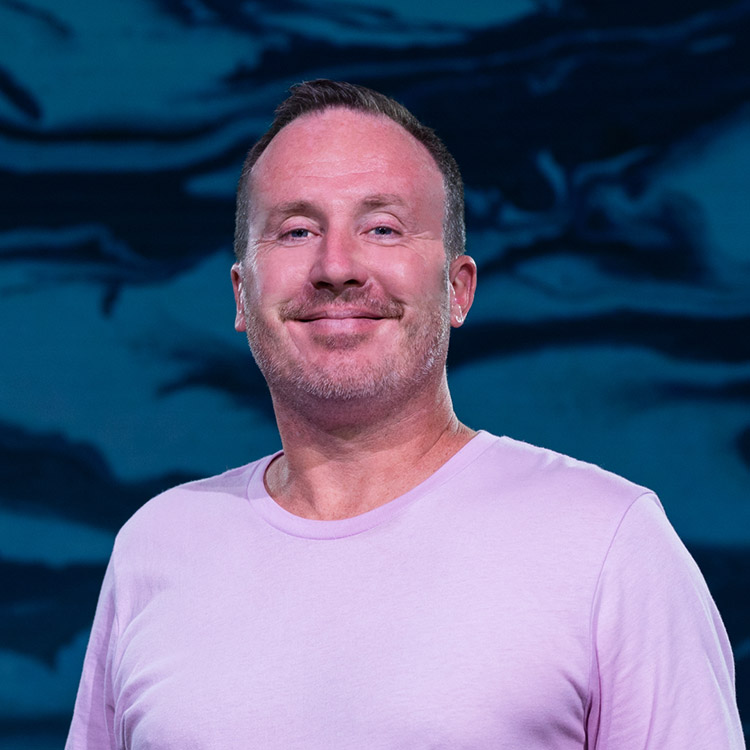 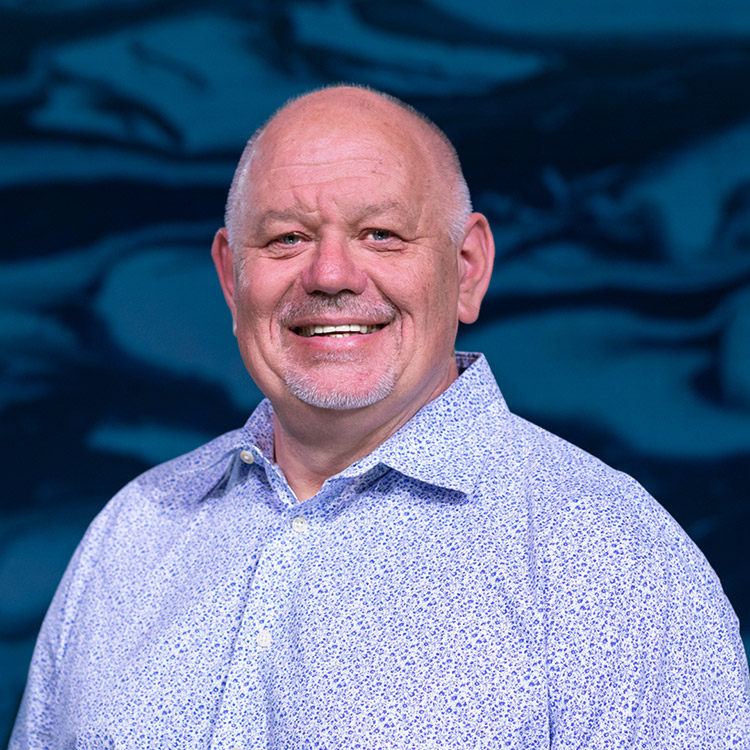 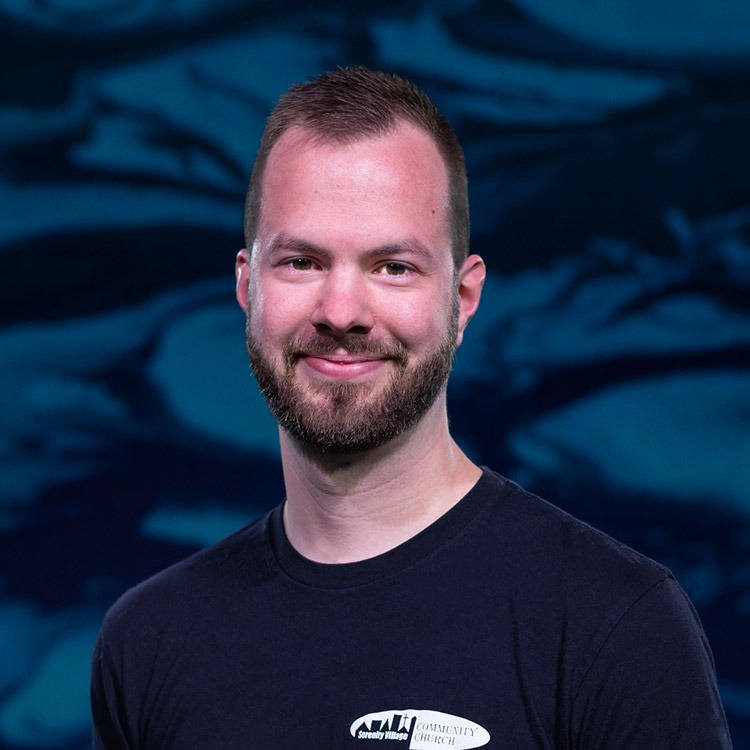 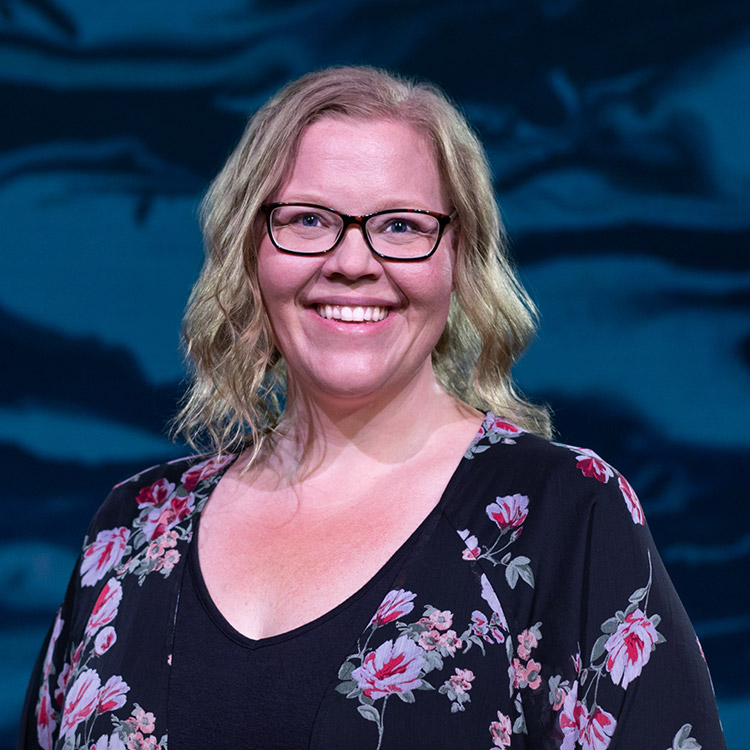 Email Theresa
Page load link
We use cookies on our website to give you the most relevant experience by remembering your preferences and repeat visits. By clicking “Accept All”, you consent to the use of ALL the cookies. However, you may visit "Cookie Settings" to provide a controlled consent.
Cookie SettingsAccept All
Manage consent

This website uses cookies to improve your experience while you navigate through the website. Out of these, the cookies that are categorized as necessary are stored on your browser as they are essential for the working of basic functionalities of the website. We also use third-party cookies that help us analyze and understand how you use this website. These cookies will be stored in your browser only with your consent. You also have the option to opt-out of these cookies. But opting out of some of these cookies may affect your browsing experience.
Necessary Always Enabled
Necessary cookies are absolutely essential for the website to function properly. These cookies ensure basic functionalities and security features of the website, anonymously.
Functional
Functional cookies help to perform certain functionalities like sharing the content of the website on social media platforms, collect feedbacks, and other third-party features.
Performance
Performance cookies are used to understand and analyze the key performance indexes of the website which helps in delivering a better user experience for the visitors.
Analytics
Analytical cookies are used to understand how visitors interact with the website. These cookies help provide information on metrics the number of visitors, bounce rate, traffic source, etc.
Advertisement
Advertisement cookies are used to provide visitors with relevant ads and marketing campaigns. These cookies track visitors across websites and collect information to provide customized ads.
Others
Other uncategorized cookies are those that are being analyzed and have not been classified into a category as yet.
SAVE & ACCEPT
Go to Top